About the Joint Apprenticeship Training Program

We, at JATC, are confident that our program is a great fit for you and your future skilled traded career. Meet the faces behind our leadership team, the names behind our esteemed training staff and the great history JATC shares with Columbus, Ohio! 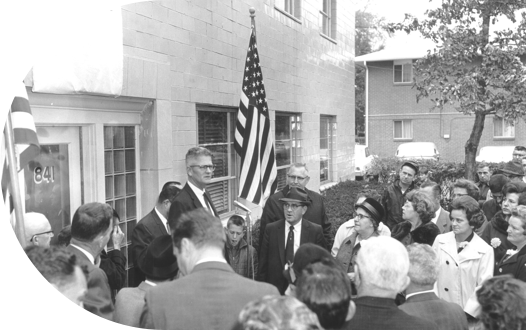 JATC for Plumbers, Pipefitters and HVAC/R Technicians have a long standing history.

Below is a timeline of the great history of the skilled traded career for plumbers, pipefitters, welders, and services technicians that JATC shares with Columbus, Ohio.

The program goes on hiatus due to the Great Depression.

Local #189 opens its apprenticeship program, but had to, once again, go on hiatus, this time due to war.

The Joint Apprenticeship Committee (JAC) registers with the State of Ohio’s Department of Industrial relations and establishes a formal apprenticeship program.

The school is located in a small vocational school building owned by the Columbus Public Schools, based near downtown Columbus. A few years later, the school moved to Central High School.

The five-year apprenticeship program begins under the organization of William Beckel, a local 189 plumber and former naval officer. He remained at the helm until 1966 when Jack Wenger took over. Dick Patterson was next in line, in 1968, until Dick Patterson took over in 1994. Patterson is the current training coordinator.

The school moves to 840 Alton Avenue.

JATC moves to its current location at 1226 Kinnear Road.

JATC leases an additional 2,776 square feet to expand a new weld shop. The former weld shop is turned into a classroom.

A 2,400 square foot project room is added to the rear of the building.

An additional 1,300 square foot is leased to create a medical gas classroom and 296 square feet is added to the weld shop classroom.

An additional 2,000 square foot are is leaded for more classroom and office space.

The Deep Heritage of UA 189 & The JATC Program